A current carrying conductor is placed in a uniform magnetic field parallel to it. The magnetic force experienced by the conductor is:A) F=I / B B) F=I / B \sin \theta C) \mathrm{F}=0 D) \mathrm{F}=\mathrm{l} / \mathrm{B} \cos \theta

15.8. What are the factors which affect the magnitude of the e.m.f. induced in a circuit by a changing magnetic field? 15.1. Suppose someone handed you three similar iron bars and told you one was not magnet but the other two were. How would you find the iron bar that was notmagnet? 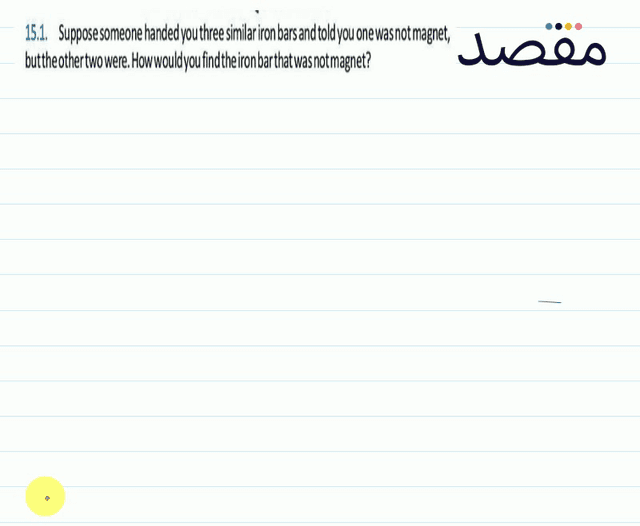