10.2. Think of several examples of motion in everyday life that are simple harmonic. 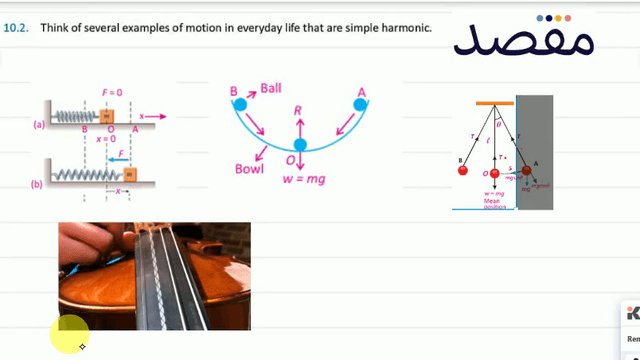 i. Which of the following is an example of simple harmonic motion?(a) the motion of simple pendulum(b) the motion of ceiling fan(c) the spinning of the Earth on its axis(d) a bouncing ball on a floor

10.4. How can you define the term wave? Elaborate the difference between mechanical and electromagnetic waves. Give examples of each. 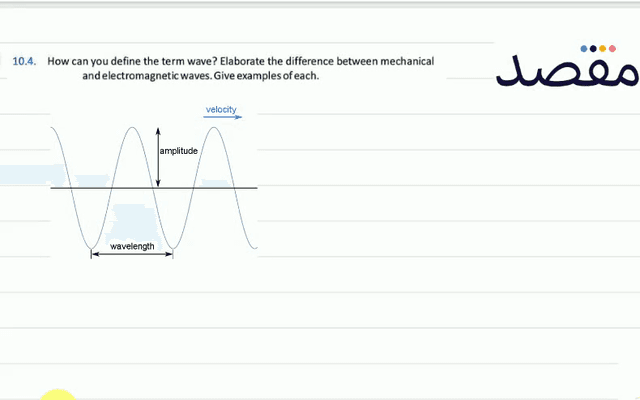